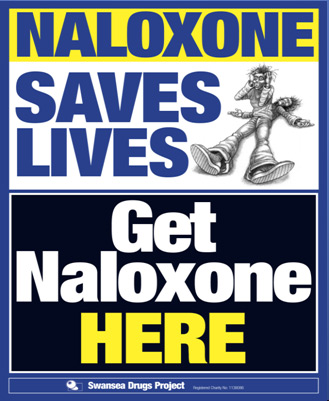 Naloxone is a medication (an ‘opioid receptor antagonist’) which counters the effects of an opioid overdose, reversing the depression of the central nervous system and respiratory system.

Naloxone is an ‘antidote to heroin’ and:

Naloxone is a prescription only medication in Ireland. It is subject to controls in terms of who may prescribe it, and it may only be used by the person for whom it is prescribed. On this basis, an amendment to current legislation would be required for Naloxone to be made available to opiate users and their family members in Ireland. This approach was taken in the UK, where Naloxone is available, supported by the Naloxone training programme for families and carers, piloted by the National Treatment Agency for Substance Misuse.

In early 2012, The Ana Liffey Drug Project convened a 'Naloxone Advisory Group' with the following objectives: (a) to pilot provision of Naloxone in Ireland for administration by opiate service users and their families, with the aim of reversing overdose; (b) to evaluate provision the pilot with the aim of improving the project and if proven effective then to roll out national Naloxone provision.

In July 2012, Ivor Glynn, Director of the Swansea Drug Project, gave a presentation entitled: Naloxone: The Welsh Experience, to the Irish Naloxone Advisory Group. You can view this presentation below.