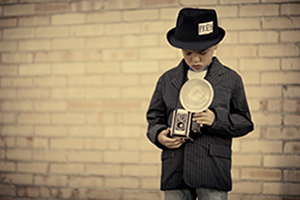 The “Let’s Talk About Drugs” Media Awards were created to encourage the journalists, reporters, film enthusiasts and animators of tomorrow to start writing and talking about the drugs and alcohol issue in Ireland today.

Organised by the Greater Blanchardstown Response to Drugs (G.B.R.D), these awards are aimed at primary and secondary school students, college students and aspiring members of the media, to stimulate debate around the drugs and alcohol issue in Irish communities.

The awards competition allows entrants to educate themselves and others about drugs and alcohol through cartoon strips, audio features, film, animated videos or newspaper articles. The winning submissions will be published or broadcast through print, online channels and community radio in May. Competition winners will also receive prizes of notebook computers and digital cameras.

To help get the creative juices flowing, we have provided potential entrants with some samples of winning entries from last years awards.

The video below contains winning entries from the 2011 video/animation and cartoon categories.

Download the 2011 winning entries in the Newspaper Article Category

Speaking of the launch of the 2012 “Let’s Talk About Drugs” National Media Awards, Phillip Keegan, Coordinator with G.B.R.D., outlined the purpose behind the educational initiative: “We want to encourage as many people as possible, up and down the country, to start thinking and talking about the drugs issue. For example, drug education in schools – are parents, teachers and communities doing enough? With cheap alcohol on sale in supermarkets and corner shops, is the proposed government policy on minimum pricing and banning the sale of alcohol in supermarkets and garages the only way of tackling the issue of underage drinking?”

He added: “Through researching these themes, every person who enters the Media Awards will be educating themselves, and others, through their articles and features.”

This year’s competition falls into four age categories: age 12–14, age 15–17, age 18–20 and adults aged 21 and over.  The awards ceremony in May will feature Caroline Twohig from the fyi television programme on 3e and this year’s media partners are the Dublin People Group and Phoenix FM. Sponsors of the awards are County Dublin V.E.C and the Health Service Executive (through drugs.ie). Entry is free and the competition deadline for all submissions is Friday, March 30th.

The previous winner in the adult category for newspaper articles in 2011 and 2010, Emer Halpenny, who runs the Emer Halpenny School of Drama, gave some advice to people thinking of entering this year’s awards. She said:  “When you are interviewing people, think about your questions beforehand, but listen carefully to their answers and be prepared to go off in another angle. Who knows what way the story will turn.”

An entry form, official awards poster, and a link to further information are provided below.

For further information, tips on entering, and a select of promotional videos, please visit gbrd.ie

I would like to thank everyone who organized let’s talk about drugs national media awards 2012. These days’ drugs and alcohol touch killing many people over the world including Ireland. Therefore this is an awesome way to encourage journalists, reporters, film enthusiasts and animators. These are the only option to make great awareness in the world. Thanks