Alcohol use among the Lesbian, Gay, Bisexual, Transgender (LGBT) Community. 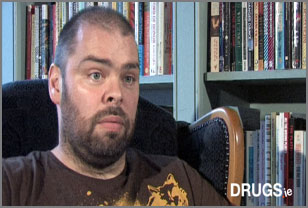 This feature highlights the issue of [reported] higher levels of alcohol misuse among members of the LGBT community, compared with their heterosexual counterparts.

This information raises some interesting questions, for example; why are there higher levels of alcohol misuse among the LGBT community? What should be done to tackle the issue? Would an LGBT specific alcohol awareness campaign be beneficial? For some possible solutions, insights and suggestions, read on...

Studies in Ireland, and internationally, have shown high levels of alcohol misuse among the LGBT community.

In addition, the recent report published by the HSE National Social Inclusion Governance Group entitled, 'Towards Meeting the Health Care Needs of Lesbian, Gay, Bisexual and Transgender People', would appear to support these findings:

"Elevated levels of alcohol consumption among lesbian, gay, and bisexual people have also been identified in international research. Excessive alcohol consumption has significant implications for both physical and mental health. A number of studies have found that LGBT people are significantly higher risk for heavy drinking and developing drinking problems than heterosexual counterparts"

Another recent piece of research among the LGBT community in the Republic of Ireland, entitled, 'Supporting LGBT lives: a study of the mental health and well-being of Lesbian, Gay, Bisexual and Transgender people', provides further support for the previous claims, with over 43.1% of the survey respondents reporting that their alcohol consumption made them "feel bad or guilty" and almost 58.2% felt that they should reduce their alcohol intake.

To discuss some possible reasons for these statistics, from an Irish perspective, we talked to Ronan Watters, from the Irish Gay Men's Health Service. In the interview, Ronan talks about certain contributory factors, more specifically; minority stress, social networks and the gay pub and club scene.

In exploring possible solutions to the issue, the case for an LGBT specific alcohol awareness campaign is presented.

"There are a whole range of health promotion campaigns targeting the LGBT community around safe sex and sexual health. I think the community would be very responsive to campaigns which focus on other aspects of their health", said Ronan. 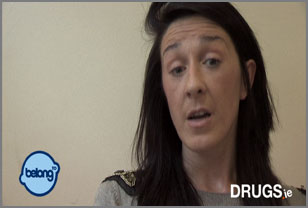 In the second part of this feature we talk to Gillian O’Brien, the Drugs Education worker for BelongTo Youth Service. BeLongTo is a national youth service for Lesbian, Gay, Bisexual and Transgendered (LGBT) young people in Ireland, aged between 14 and 23.

Gillian talks about BelongTo services and her role as a drug education worker for BelongTo. In doing so, the benefits of an alcohol campaign which specifically targets the LGBT community are once again highlighted. On a broader level, the importance of the LGBT and heterosexual communities working together towards bringing about positive change is emphasised.

Some conclusions from the information

Drug use amongst lesbian, gay, bisexual and transgender young adults in Ireland.
Research with young LGBT people between the ages of 18 and 26 to determine a) the extent and causes of drug use amongst this client group b) the impact of drugs on young people and c) the type of service response that is appropriate to meet the needs of those who are currently using drugs or who may potentially begin to do so in the future.

Towards Meeting the Health Care Needs of Lesbian, Gay, Bisexual and Transgender People
Report and findings from a mapping exercise undertaken for the HSE National Social Inclusion Governance Group.

Supporting LGBT lives
A study of the mental health and well-being of Lesbian, Gay, Bisexual and Transgender people

lgbt.ie
The web-site of the National LGBT Helplines Project.