A drug overdose is when you have too much of a drug. It’s hard to know how much is ‘too much’. Drugs such as MDMA are increasing in purity.

It is also hard to know how you will react if you use more than one substance. For example, a combination of alcohol, MDMA and Cocaine.

You can also become unwell as a result of personal factors and reactions to the substance.

Knowing the signs of drug overdose and getting medical help could save a life. 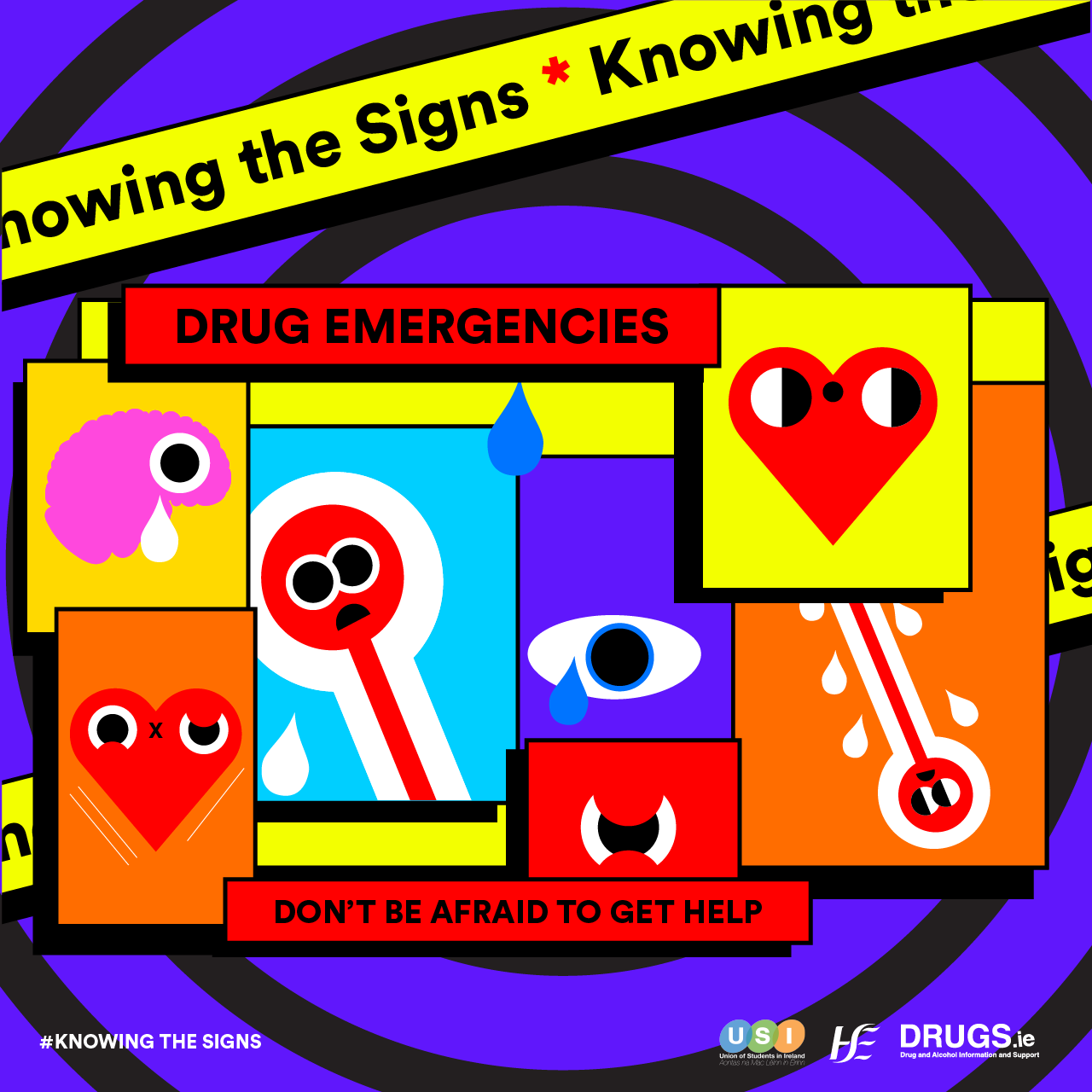 Things that can affect your experience and wellbeing include:

Causes of a drug overdose or emergency

All drug use has risks. It is safer not to use drugs at all, but there are many things that can increase your risk of a drug overdose.

You had stopped using and you start again

If you stop using drugs for a while and you then start again, your tolerance to the drug may have changed. If you take the same amount (dose) as you used to before you stopped, you could be at risk of an overdose.

You cannot be fully sure of the contents or purity of a drug. Dosing is difficult when you don’t know the contents or strength. Testing kits may not identify new compounds, adulterants or the dose.

You take too much too soon

Taking too much of a drug too soon can also cause an overdose. Take a test dose and leave two hours

You take more than one substance at a time ‘mix substances’

Mixing substances can also put you at risk. For example, mixing alcohol and prescription medication or alcohol and MDMA or Cocaine. Learn more about mixing drugs and drug interactions here.

You won’t know how you will react if you take new types of drugs or drugs that are new to the market.

If you take drugs when you are feeling low, anxious, depressed or have mental health concerns.

Taking drugs alone or in a new setting

The risk increases if you use drugs alone. Let someone know when you are taking drugs. You can also react differently to a drug if you take it in a new setting or with new people.

Taking a drug that is easy to overdose on

Some drugs are easy to overdose on, such as GHB.

Some drugs, such as MDMA, have what is known as 'serotonergic properties', meaning they affect the levels of serotonin in your body. Serotonin syndrome (or toxicity) is a potentially life threating health condition caused by too much serotonin and can look like a drug overdose.

The main symptoms of serotonin syndrome can include: unusual movements such as twitchy or jerky movements, muscle pain, legs shaking; overheating or shivering; racing heart or the person feeling confused or irritated.

Mixing MDMA with some prescription medication can increase the risks of serotonin syndrome. We don’t know everything we need to know about how MDMA interacts with prescription drugs due to limited scientific evidence. What we do know is that drugs that enhance serotonergic activity can be risky when used with MDMA.

Most antidepressants enhance serotonergic activity, sometimes acting on the serotonin receptor, which is also the site of action for MDMA. Drugs such as selective, serotonin reuptake inhibitors (SSRI’S), and monoamine oxidase inhibitors (MAOI’s ),can increase serotonin in the body and have gained attention for being potentially risky when used with MDMA. Tramadol should also be considered as a risky combination which can cause this syndrome. Use can lead to a sudden rise in serotonin which if ignored can be life threatening.

What to do in a drug overdose or emergency

Don’t be afraid to get help if someone is unwell or feels suicidal after using drugs. You won’t get in trouble.

In a drug emergency: